According to sessions.edu a "low poly" image is an image composed from:

To give an example, the following image is considered to be "low poly":

The roots of "low poly" art goes back to the early days of computer graphics, where the lack of performant hardware forced computer scientists and game designers to present their idea using as few polygons as possible. Nowadays, this is not really an issue, but the artistic nature of having more edges than curves is still present, representing a somewhat niche artistic style. 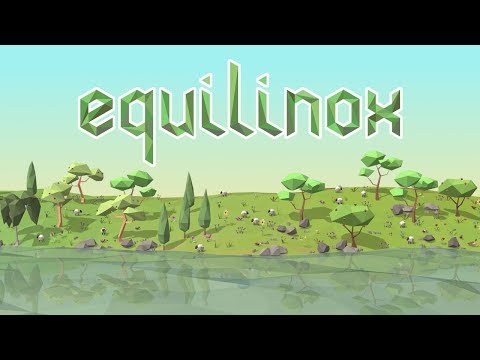 Being fascinated by this style, one might ask how could we generate images like this? More specifically, how could we transform an arbitrary image into a "low poly" one? One solution would be Delaunay triangulation, which will be presented below.

One way to tackle this challenge would be to use Delaunay triangulation algorithm. According to Wikipedia , the definition is the following:

In mathematics and computational geometry, a Delaunay triangulation (also known as a Delone triangulation) for a given set P of discrete points in a plane is a triangulation DT(P) such that no point in P is inside the circumcircle of any triangle in DT(P).

In order to calculate the center (circumcenter) of the circle, we can use the following formulas:

Where U(x, y) represents the center of the circle in cartesian coordinates, and A(x, y) , B(x, y) and C(x, y) are the vertices of the triangle. The radius of the circumcircle can be calculated as follows:

As we see a lot of formulas here, the good thing is that they are pretty straightforward to implement, and relatively easy to unit tests, given the fact that there are a lot of only circumcircle calculators out there. Let's see some code here:

Moving forward there are several categories of algorithms used for Delaunay triangulation. Probably to be the easier to understand and implement is the one called Bowyer-Watson algorithm. This algorithm is an incremental algorithm, meaning that we try to add each point one by one to the final result. If one point will not suffice the Delaunay triangulation definition, we try to re-triangulate all the affected areas of the final result. The steps of the algorithm are the following:

The algorithm has an O(n^2) time complexity, which leaves some room for improvement, but it has potential for parallelization.

Putting it all together <<

Knowing how the Delaunay triangulation works, the next challenge would be to apply it somehow to get from this image:

To achieve this, we could consider the following steps:

Moving forward, let's break these steps down by having an in-depth discussion about some implementation details. Every step involves some kind of image manipulation algorithm. Although it would be fun to manually implement all of them, in this case, I've decided to use a third-party library, namely openpnp/opencv , which is a Java wrapper around the already established OpenCV image processing library.

A common way to blur images is by applying a Gaussian filter to the image. A Gaussian filter is basically an NxN matrix that gets convolved with the RGB pixel values of the image. Using OpenCV, this can be done by a simple function call:

The size of the kernel aka filter determines how "blurry" the image will be. To not lose a lot of information regarding the characteristics of an image, I recommend sticking to smaller kernel sizes. This is important since it will have a significant impact on the final result.

Besides Gaussian blur approach, there are other solutions for getting a blurry image, (example. Stack-blur ). Usually, the tendency is faster blurring procedures will result in a lower quality blur, but in our case, this does not really affect the final result. I simply went with the Gaussian algorithm, because OpenCV provides an implementation for it.

Probably everyone knows what a grayscale image is. Essentially is a black-and-white image or a monochrome image carrying only light intensity information. Usually, if we want to transform an RGB image into a grayscale one, we can compute the value of each pixel using a weighted sum. The formula can be found on the Wikipedia - Grayscale page. Using OpenCV, grayscaling can be achieved with the following line:

Next, we would want to isolate the main characteristics of an image by doing edge detection. Again, there are several methodologies to detect the edges from an image. For our case, a simple Sobel operator might be sufficient to get an acceptable result.

To get rid of noise and to also preserve the strongest edges from the image, we would want to apply some thresholding to it, eventually creating a binary image. The simplest thresholding approach works just fine, meaning that we get an input threshold value and we compare that with every pixel from the image with the edges. If the pixel value is greater than the threshold value, we set the pixel to be 255 - white. Every pixel with a value less than the threshold will be 0 - black.

We can play around with the value of the threshold because it will impact the outcome significantly. A lower threshold may result in images having way more information preserved than higher threshold values. Depending on what we want to achieve, this may result in favorable output or it may have too much going on.

After thresholding, we may end up with a bunch of black and white pixels. If we feed the location of these pixels to the Delaunay algorithm, we get a mesh of triangles that can be plotted to a surface. If we are lucky, the triangles will be aligned in a way that preserves the essence of the original image.

The code for this project can be found on Github